The program is an integrated partnership between the local community, Syracuse University, the municipality of Syracuse, the Buffalo Bills, and the NFL to make a difference in the lives of young, urban, minority at-risk boys that will change our communities for the better.

Much like other communities in which YIP has worked, the risks that inner-city youth face in Syracuse are significant. According to a recent Children’s Defense Fund report, 50% of all people in Syracuse are low-income, and fully a quarter (25%) live in poverty, as compared to only 14% in the rest of New York. The situation is worse for children, with more than a third of all Syracuse children living in poverty and more than half of African-American children living in poverty. Fully 40% of the population is eligible for food stamp assistance. Living in this high-need area has serious consequences for the youth of Syracuse, and a half (49%) fail to graduate from high school.

Highlights of this program included a visit by the boys to the Buffalo Bills Training Facility, where they met with some of the players, thanks to CEO Russ Brandon. The program had extensive television and newspaper coverage and received funds donated by SU alumni. The Syracuse program included a closing ceremony and scrimmage, attended by representatives of Congressman Dan Maffei’s office and the Mayor of Syracuse, who said the community was happy to have the program. The SU head football coach also attended and spoke to the kids and families. Representatives of SMART Tech attended as well and announced that they were donating Smart Boards to each teacher, a $5,000 value, making them the first in their schools to have the technology. 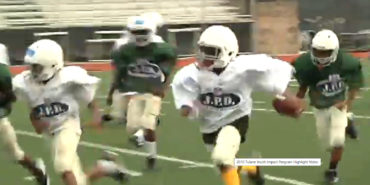 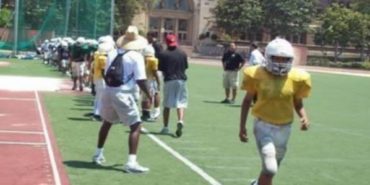 California is YIP’s oldest and most experienced program. This year the program…