The Youth Impact Program was founded in 2005 by former San Francisco 49er and NFL linebacker Riki Ellison. The program focuses on placing middle-school, inner-city youth in a structured educational environment focusing on academics, leadership and life skills, and football skills. This is the program’s inaugural year at the United States Military Academy and will take place from 15-26 June at the United States Military Academy Preparatory School.

Youth Impact Program is excited to announce that we had an incredibly successful year with our programs at Stanford and Northwestern University.… 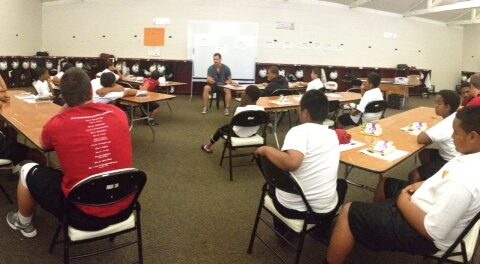 On Friday, Rhett Ellison visited the Stanford YIP. The ex-mentor and current Minnesota Vikings TE/FB spent the day with our boys, sitting in on…