Duty, Honor, Country epitomizes our Program as this past week marked the conclusion of the first ever Youth Impact Program at the West Point Military Academy. The program was a great success, and resulted in tangible leadership skill development in both the cadets and the “at risk” participants. This success was seen in quantitative results from pre and post testing of English comprehension, where our boys achieved 54.2% increase overall, as well as a 12.9% increase in mathematics. That is a remarkable achievement! 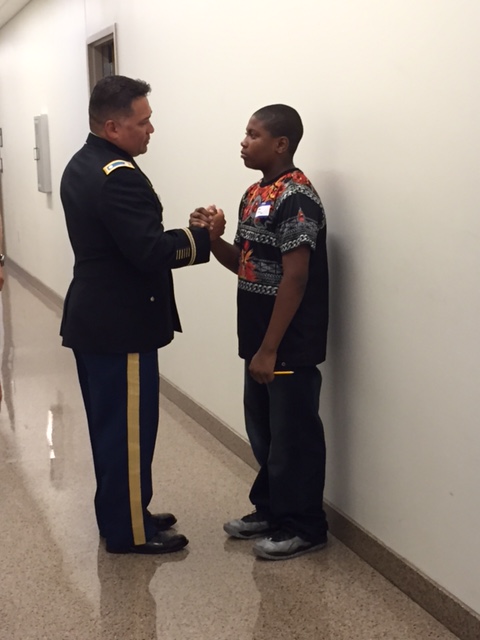 academic schooling and discipline required. It was certainly enhanced by the New York Giants and their hosting of Met Life Stadium visit but it was the respect, friendship and trust of the boys to the Cadets that drove them daily from the Bronx and Harlem to West Point. The program was much more than that as it brought them to together to be on a team that had results and decisions that meant something to win or to lose and to have consequences by the way you play together as a unit and as an individual amongst your teammates.

Much more important was that this program proved out leadership development of all who participated, from the Cadets to “at-risk” boys, and provided the economically disadvantaged of New York City access to West Point Military Academy and built positive relationships between the differing cultures and diverse communities that each represent, benefiting both through participation invoking trust in each other and our program.

I thank you for the enabling, supporting and being behind the effort in heart and mind with me to put the 2015 West Point Youth Impact Program at the United States Military Academy place over these past two weeks that have produced much more than what was envisioned in its first year.

Now, we look forward to our upcoming programs and Northwestern University and the University of Michigan, and we need your support. If you have not yet contributed to YIP this year, please consider making your donation today, so that we may bring the change we brought to New York to the disadvantaged youth of Chicago and Detroit.