In two of our nation’s biggest stadiums and in two of our inner cities the Youth Impact Program is serving, we brought our young boys to see, dream and put themselves in the moment for a few hours to feel it and believe it that they could play, or even own a team that plays there on Sundays in the Fall. In Raven Stadium, home of the Baltimore Ravens and Ford Field, home of the Detroit Lions, we provided our youth access and an experience that they may never get again but an experience that would inspire. It was just not them, it was who they were with, it was the Student Athletes, the Public School Teachers, the staff of the Athletic Departments of Maryland and Michigan Universities and the Marines that were side by side with them, to provide the confidence and support for our youth to reach for their dreams. It was trust that has exponentially grown, respect defined practiced and honored, discipline inserting from these outstanding “soul” models to the young boys in force that is changing their vision, their expectation and their success in life.

It was an exceptional day at Ford Field hosted by the Detroit Lions that provided two of their 2016 Draft picks Jake Rudock and Graham Glasgow from the University of Michigan to interact with the boys. Michigan’s starting quarterback Jake Rudock last year and now a Rookie Draft Pick for the Lions came out and joined the boys playing on their teams and throwing to them. Just a remarkable, memorable experience for them.

What happened before these field trips in their grouped academic classes in the morning was just as good. We had an open, trusting two-way dialogue in a group setting that has been established over these first 4 days of the program between authority figures that serve and protect, our “soul” models, and all of our boys. Having built trust, respect, and admiration for the Marines from our boys over this first week has provided the foundation to introduce what it means to serve, what it means to protect and defend and to bring forward and introduce a former University of Michigan Student-Athlete, an Olympian, an English Teacher, a Detroit Police Officer and a University of Michigan Police Officer  Gary Hicks with two former Michigan Players to open up a dialogue, and understanding, and a beginning of a better relationship between an institution and these young men.

We are big, we went big with our big three programs to make change. We are in the mix while others talk about it… we are making it happen! We are bringing communities together in a racially charged nation to gain trust, build relationships and change the trajectory of the under privileged because we believe in America and in the American Dream!

“We hold these truths to be self-evident: that all men are created equal; that they are endowed by their Creator with certain unalienable rights; that among these are life, liberty, and the pursuit of happiness.” – Thomas Jefferson

Listen to Riki Ellison (Left) talking with The Michigan Insider (WTKA) about this years University of Michigan YIP. 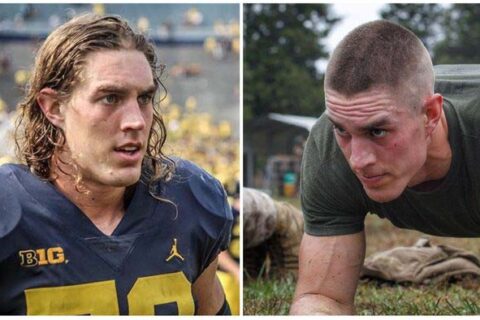 Just a year ago, former Michigan linebacker, Noah Furbush was accepting the 2018 Dr. Arthur D. Robinson Scholarship Award; an award given to the… 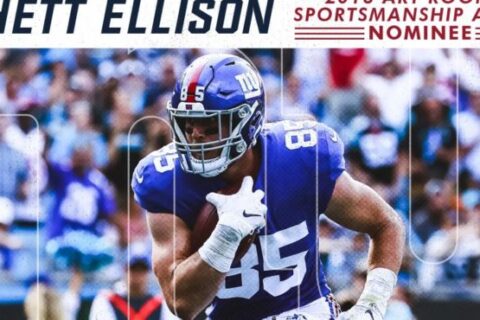